The Investor and Exporter Window where forex is sold officially has recorded a cumulative turnover of $9.5 billion over the past 10 weeks since September 1st.

This huge uptick in forex turnover means that by November month-end, the market would have seen a turnover of $10.8 billion in three months between September to November 2021 (i.e., a monthly average of $3.6 billion). Nairametrics maintains a record of forex turnover published daily by the FMDQOTC.

Specifically, in September the daily average forex turnover increased to $199.7 million and October was also a daily average of $199.5 million.

Read: Why it is risky to convert your naira to dollars or USD(T)

On a monthly basis, the total FX turnover in September was $4.395 billion whilst October was $3.791 billion and November thus far is already $1.328 billion in 2 weeks. These are remarkable monthly turnover numbers compared to prior periods.

Notably, as the average daily turnover has increased, we also noticed that since October 26th, 2021 the highest rate for IEFX transactions has remained at N444 every trading day. Whilst the market has closed at between N414 to N415.

Read: Naira vs Dollar: There was a currency…

Why the increase in forex turnover?

We believe the spike in forex turnover recorded at the I&E window is connected to the recent surge in Nigeria’s forex external reserve. Specifically, the increase in external reserves coincides with over $4billion in external loans through Eurobond sales, as well as, concessionary loans from the world bank.

Read: Why is the Naira falling?

Why does this matter?

A surge in forex turnover at the Investor and Exporter (IEFX) window has a direct impact on the foreign exchange market.

Firstly, an FX supply surge helps meet large ticket demand from businesses that would otherwise have gone to the parallel market to meet their transaction needs.

Consequently, if demand is being met at the official window, this reduces the rates at the parallel market thus crashing parallel market rates premium as was recently experienced.

Secondly, an FX supply surge helps the CBN’s drive for price stability and fight inflation. Especially as prices for eligible imported goods and services are being met at a subsidized rate at the IEFX window compared to if corporates had to source from the parallel markets.

The recent strengthening of the naira versus the dollar was a pleasant surprise to a lot of people. Considering that some of the factors that led to the rapid depreciation experienced in September still existed and is a welcome relief to businesses, even if it is on a temporary basis. 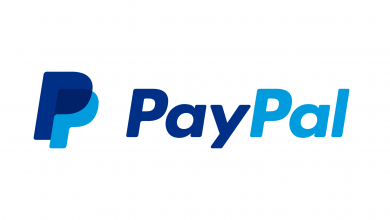 How To Open a Verified PayPal Account in Nigeria